There's not a city in America more culturally important than Philadelphia.

Its photogenic buildings were given their close-up in films such as Rocky, Jersey Girl and The Italian Job, and yet tourists are still knocked over by the urban sprawls energy when they visit in person. Historically, it’s where the signing of the Constitution took place, was the temporary capital while DC was built, boasts the oldest street in America and is where the USA flag was designed. A trip to Philadelphia is cultured, educational and comes complete with a bustling to-do list.

Philadelphia is commonly known as the birthplace of America, and its preserved heritage is widely popular among travellers from all over the world. When you visit Philadelphia, its history comes alive in everything from old-fashioned cobblestone alleys to iconic monuments such as the Liberty Bell and Independence Hall. Located in the heart of the city, Philadelphia’s Historic District was elected as the first World Heritage City in the United States and is a centre for antiquated attractions and local entertainment.

Philadelphia certainly has its share of contemporary attractions too, such as fine dining restaurants, mega-shopping centres, art museums, theatres, music festivals and concerts, nightclubs, parks, beer gardens and some of the most distinct taverns in the country. Philadelphia is home to countless outdoor sculptures and murals and is a constant hive of art and culture gatherings from all over the world. To get the most out of Philadelphia, see what is happening on any given week or month when planning your visit because there's something unique and exciting going on all-year-round. 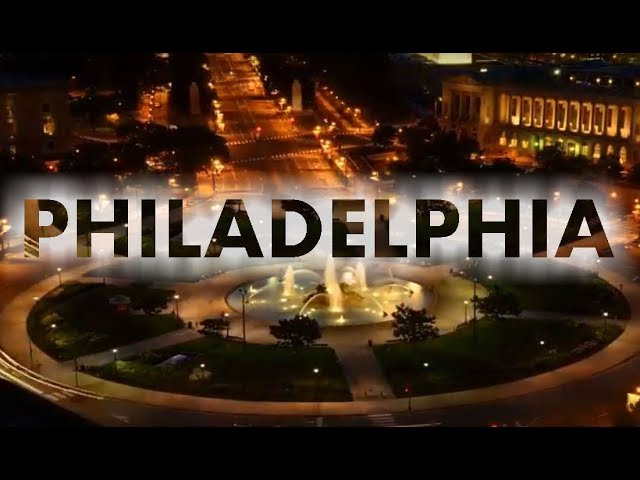 Email Me
NATALIE IRELAND
Disney & Orlando Expert
View My Bio
Select from 132 USA Specialists that can help
you plan the perfect trip.
You can reach at
Didn't reach me? Send me a message and I'll call you back

Ritz Carlton Philadelphia Hotel
Beneath the striking marble dome of a former bank building, The Ritz-Carlton, Philadelphia welcomes guests to a place where modern comforts feel at home within their neoclassical surroundings.

Hotel Monaco
Fueled by an admiration for Philly's rich past and ever-evolving present,

Sonesta Philadelphia Downtown Hotel
A premier choice among hotels in Philadelphia enjoys spacious, modern accommodations and luxurious amenities while staying in the heart of downtown and only steps away from Rittenhouse Square.

Doubletree Hilton Downtown
Located on the Avenue of the Arts and nine miles from Philadelphia International Airport, our comfortable hotel provides views of the Delaware River and downtown Philadelphia.

Top 5 Things to do in Philadelphia

Take a walk down American history - Visit the Independence National Historical Park – known as the birthplace of American democracy – and Independence Hall where both the Declaration of Independence and the Constitution were signed. Then move onto the Betsy Ross house to learn about the making of the American flag.
Go on a foodie tour - Philadelphia is a city rich in cultural diversity and has a wide mix of cuisine. It would take a while to list everything but our two recommendations are a visit to the Italian Market and taking a bite out of a cheesesteak sandwich.
Cheer on a professional sports team - Philadelphia is one of 12 cities in the US to have all four major sports played on its soil: hockey, basketball, American football and baseball. If none of these all-American sports catches your attention rowing, cricket, and rugby are also popular.
Tax-free clothing and so much more - Clothing and shoe purchases are tax-free so pack an extra suitcase and get ready to shop Rittenhouse Row, the Chestnut Hill Business District, King of Prussia Mall, the Philadelphia Premium Outlets and more. Philadelphia offers the biggest name brands as well as independent boutiques.
Pretend you're Rocky Balboa - Get your video camera out and re-create the famous scene from the Rocky movies on the steps of the Philadelphia Museum of Art. The steps are used in the original Rocky film as well as its sequels where Sylvester Stallone runs up the steps to ‘Gonna Fly Now.’

The Philadelphia CityPASS will give you access to the most FAMOUS attractions at ONE AMAZING price, with plenty of time to take advantage of the savings! With nine days to use all of the tickets it is perfect for a weekend or week away! Your Ticket Booklet is valid for 9 days from first use and includes all you need: One-time admission tickets, detailed attraction information, coupons and a map.

CityPASS is the best deal in Philadelphia, offering you admission to 4 amazing experiences!

You also have the choice between:

The CityPASS comes with useful information, such as a map, hours of operation, transportation information, contact information and insiders’ tips.

Plus: Save time with easy access at most attractions. Once you have your CityPASS booklet, skip the ticket line and head straight for the entrance.

Please Note: Make your choice as you go: You do not need to decide at the time of purchase which of the two attractions (Philadelphia Zoo OR Adventure Aquarium) you want to visit but can make up your mind as you go!

Once the original Capital of America, Philadelphia has a rich history of culture, tradition and symbolism. Nowadays the vibrant City is modernized yet still pieces of history are evident: Once home to the nation’s founding figures Benjamin Franklin, Thomas Jefferson and Betsy Ross, it's easy to imagine the Old City vividly.

Art lovers will enjoy the Rodin Museum and the Philadelphia Museum of Art whereas the Mutter Museum or the American Jewish History Museum will attract visitors with a passion for history. The Please Touch Museum & Memorial Hall makes little travelers crazy about museums, as this one creates interactive play-based experiences!

Whether you want to visit the Liberty Bell, watch how coins are made at the Philadelphia mint or dig into a Philly cheese steak: City Sightseeing takes you to Philadelphia's 100 most popular attractions and you can hop on and off at your leisure.

Experience Philadelphia’s sights and breathtaking views from the top deck of one of our open top sightseeing buses. This will give you a 360 degree view of the city that will leave you speechless and entertained, while you soak up the rich history and beautiful art work of the 'City of Brotherly Love'.

New York isn't the only city with observation towers! Take in the spectacular views from Philadelphia's One Liberty Observation Deck and spot City Hall, the Ben Franklin Parkway, University City and many more of the City of Brotherly Love's top points of interest.

Located in the heart of Philadelphia and open 365 days of the year, morning, noon and night - a visit to the One Liberty Observation Deck is a must if you're in the City of Brotherly Love.

Standing at 883 feet - don't worry, a state-of-the-art elevator will whisk you up in no time - you can see amazing views across this historic city.

Try to spot iconic sights such as City Hall, Ben Franklin Parkway, the Ben Franklin Bridge, the stadium complex, University City and the rest of Philly from the enclosed deck. Please don't forget your camera!

What's more, with the Go Find Your Philly Interactive Boards, you'll be able to get a closer look at these key landmarks and gain more information on the landmarks history, architecture and it's impact on culture.

After you have taken in the mind-blowing vistas, why not visit the shops at Liberty Place, have a browse through the 42 brand-name stores or even refuel at the 16 food court options?

Discover the first capital of the United States and see Independence Hall and Liberty Bell before exploring America’s largest Amish community where a lifestyle of a bygone era continues to this day.

Visit historic Philadelphia and Pennsylvania’s Amish Country on an excursion from New York. See the Liberty Bell, Constitution Hall, the famous Rocky Steps, and more before heading out to Lancaster County to experience Amish culture. Known as 'The City of Brotherly Love', after its founding fathers, the Quakers, Philadelphia is home to many historical and colonial sites that played an important role in the founding of the nation. In recent years, it’s undergone a cultural renaissance and is booming with museums, restaurants, art and top attractions.