The province of Nova Scotia is nearly completely surrounded by ocean and a place where you can feel your pace fall in sync with the rhythm of the sea, as the clean salt air breathes life into an afternoon. Immerse yourself in rich and diverse culture that includes; Celtic and Gaelic, Acadian, African and Mikmaq. Stunning scenery, fresh seafood and lively musical entertainment ranging from bagpipes to fiddlers - Nova Scotia has something for everyone looking for an Authentic experience.

This morning enjoy a city tour of Halifax – take in the sights of Halifax Historic Properties, Spring Garden Road, Province House and much more. Later, why not visit Alexander Keith’s Brewery as well as the excellent Maritime Museum. Also be sure to visit the Canadian Museum of Immigration at Pier 21. Pier 21 is a National Historic Site which was the gateway to Canada for one million immigrants between 1928 and 1971. This evening you should experience the Grafton Street Dinner Theatre – Entertaining Halifax for more than 22 years, The Grafton Street Dinner Theatre provides audiences with a unique dining experience. Music, comedy and interactive characters set the mood as you dine on the flavours of Nova Scotia. Overnight Halifax.

Depart Halifax and drive the south shore along the Lighthouse Route. En route visit Peggy's Cove, a picturesque fishing village surrounded by bare granite and coastal barrens and home to Nova Scotia's most visited lighthouse. Continue on to Mahone Bay, a picture postcard seaside town renowned for its beauty and churches. Further along the route you will arrive in Lunenburg, The region’s only UNESCO World Heritage Site, Lunenburg is widely touted as one of the most beautiful towns not just in Nova Scotia, but in all of Canada. Overnight Lunenburg.

Today spend the day exploring this delightful area further. Suggest taking a “Trot in Time” on horse and buggy ride – a 35 minute journey from the waterfront area and weave back and forth through the streets to view the beautiful town of Lunenburg, or maybe join a walking tour!  Overnight Lunenburg.

This morning depart early and continue along the Lighthouse Route and visit historic Liverpool. Known as the Port of the Privateers, Liverpool is located at the mouth of the beautiful Mersey River and has a rich and colourful history. Depart Liverpool and continue along this scenic route through beautiful bays and picturesque fishing villages on to Shelburne. From Shelburne you will travel inland to East Kemptville to a unique refuge offering superb outdoor recreation, outstanding cuisine, & engaging culinary experiences in a spot so wild there is no cell phone coverage! An unparalleled place for relaxation & enjoyment of the great outdoors. Overnight East Kemptville.

Depart East Kemptville and continue to Yarmouth. Once the second  largest port in Canada, Yarmouth is an historic seaport dating back to the Viking era and houses the Yarmouth Lighthouse at Cape Forchu. Continue along the Evangeline Trail entering the world of French Pioneers of the early 17th century. You will follow this coastal route alongside the shore of the magnificent Bay of Fundy. Continue on to the Annapolis Valley, which overlooks the spectacular Annapolis Basin and is the gateway to the Bay of Fundy and New Brunswick. The Annapolis Valley area is known as wine country - be sure to visit one of the many wineries in the area. Overnight Annapolis Royal.

Today a choice of suggestions – You can drive to Brier Island for a whale watching experience from Digby Neck which is one of the best places in the world to see whales or stay in the local area and visit Fort Anne National Historic Site, Annapolis Royal Historic Gardens, the O'Dell House Museum, Sinclair Inn National Historic Site, a delightful waterfront boardwalk and much more. Alternatively, you may wish to visit Kejimkujik National Park, a spectacular inland National Park, with over 100kms of trails providing numerous opportunities to explore the variety of forests, lakes and rivers. Overnight Annapolis Royal.

Continue along the Evangeline Trail on to Wolfville. This charming university town is known as the cultural and intellectual centre of the valley and is home to many classic shops, boutiques and fine dining. A tour of Grand Pre Winery is highly recommended – you can enjoy the full experience; taste the wines and learn about grape growing, also visit the wine shop where you will also find local arts, crafts and wine accessories. All products are made from 100% Nova Scotia grown grapes or apples. Overnight Wolfville.

Depart Wolfville and continue along the Glooscap Trail on to Truro, located in the centre of the province and known as the ‘hub of Nova Scotia’. Truro’s location at the very tip of the Bay of Fundy makes it an excellent viewing area for the “Tidal Bore” an amazing natural phenomenon. From Truro continue on along the Sunrise Trail on to the shores of the Northumberland Strait. Overnight Wallace.

Today you can tour the Northumberland Strait. This area is a charming destination for visitors, boasting art galleries, museums, craft and gift shops, restaurants and great beaches. For the more adventurous – this area is the water sports capital of Nova Scotia. Enthusiasts will enjoy swimming, boating, sailing, kayaking, and wind surfing on Tatamagouche Bay. Overnight Wallace.

Depart Wallace and follow along the Sunrise Trail to the historic town of Pictou - known as the birthplace of New Scotland, it was here that the province's first Scottish Highlanders landed on the ship ‘Hector’ in 1773. Pictou boasts an award-winning waterfront development that includes the Hector Heritage Quay, where a full scale replica of the Hector has been built using traditional ship building techniques. Depart Pictou and continue to Cape Breton via the Canso Causeway and onto Baddeck. This scenic village overlooks the beautiful Bras d'Or Lakes and the most notable resident historically was Alexander Graham Bell - you can visit the National Historic Site named after him. Overnight Ingonish.

Today you will drive along the spectacular Cabot Trail counterclockwise. This is one of the most spectacular drives in all of Canada. The trail winds around the rocky splendour of Cape Breton's northern shore, ascending to the incredible plateaus of Cape Breton Highlands National Park. Enroute take time to visit the Provincial Parks at Long Point, Port Hood before continuing on to the French Acadian community of Cheticamp. If time permits take one of the whale watch tours from Cheticamp. Overnight Ingonish.

This morning depart Ingonish and continue to explore Cape Breton Island. Continue on towards Sydney & Glace Bay. From Glace Bay follow the Marconi Trail to the Fortress of Louisbourg National Historic Site, the largest historical reconstruction in North America and the town of Louisbourg. Hear the cannons and muskets fire, watch the changing of the guard and meet the villagers at this meticulously preserved and recreated French fortification of over 250 years ago. Overnight  Louisbourg.

Depart Louisbourg and continue onto Canso Causeway. From here you will drive along the Eastern Shore and follow the Marine Drive Route where you will find nature, history and culture, as well as rugged coasts, tranquil bays and beaches, unspoiled forest fauna and crystal clear lakes and streams. Be sure to visit the community of Guysborough - an inviting neighbourhood with distinctive architecture overlooking Chedabucto Bay before arriving at Charlos Cove. Overnight Charlos Cove.

Depart Charlos Cove and continue to follow the coastal route to Liscombe. Here you can choose from many outdoor activities such as sea kayaking, harbour tours, canoeing on offer or maybe take the short drive to visit Sherbrooke Village – a typical Nova Scotian Village from the 1860’s where most of the interpreters are dressed in period costume. Overnight Liscomb Mills.

Depart Liscomb and take a leisurely drive back to Halifax. En route visit Musquodoboit Harbour & Valley – a haven for nature lovers. If time permits visit Martinique Beach, the longest beach in the province. Continue to Halifax Airport where you will drop off your hire car and board your flight back to the UK

Today we leave Quebec City and continue our journey south to Trois-Rivieres (Three Rivers). The city is so named because of its location at the three-pronged mouth of the Saint-Maurice River. The city's inhabitants are known as "Trifluviens".

The city's main street is composed of century-old buildings housing a great variety of cafes, restaurants, clubs, bars and shops. Notable landmarks include the Forges du Saint-Maurice, a foundry dating back to the 1730s, the Ursulines Monastery, and the Basilica of Notre-Dame-du-Cap. Trois-Rivieres is well known on the North American motor racing circuit, hosting the Grand-Prix de Trois-Rivieres, the prestigious American Le Mans series and the Formula Atlantic. 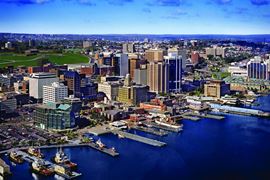 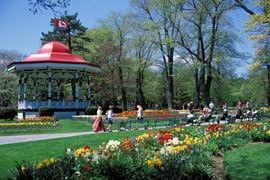 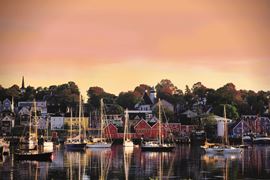 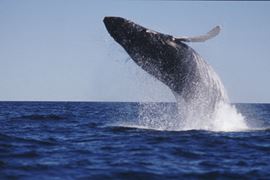 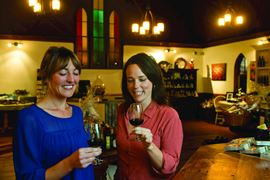