Award Winning Agency
With over 45 years of travel experience

If you’ve ever wanted to explore great cities, witness natural wonders of the world and maybe even grab a Philly cheesesteak too, then taking a ride on our Great Eastern Cities escorted tour might be for you. Over 8 nights we’ll take you from NYC to Washington D.C via Niagara Falls, Gettysburg and Philadelphia. Sound good? Then read on.

Starting off in the Big Apple, you’ll take a city tour then have some time for yourself to explore the city that never sleeps. The next day, you’ll be off to the Canadian border, passing through the gorgeous scenery of New York State along the way, as you head for one of the finest natural wonders in the world, at Niagara Falls.

After you’ve been mesmerised by the falls, you’ll be off to peaceful and picturesque Pennsylvania Dutch Country before heading through the Appalachian Mountains along the stunning Susquehanna River. At the end of this road, you’ll visit the solemn ground at the largest battle ever fought on American soil at the Gettysburg Civil War National Battleground.

After which, you’ll head on down to beautiful Washington D.C. Here you’ll tour the capital city and see such sights as the Washington Monument, the Lincoln Memorial, the White House and Arlington National Cemetery, site of the JFK Memorial.

And from the current capital city, you’ll head on up the road a little to the former capital city in Philadelphia. To walk the streets of this city is to come face to face with the story of its place in American history; as having been the former capital city, it has a fascinating past. And you’ll experience it all as you see Independence Hall and the Liberty Bell on a comprehensive city tour.

With a region so full of captivating places full of rich and interesting histories, why not take an escorted tour of these Great Eastern Cities with us?

Why you'll love this

Spend 2 nights in the city that never sleeps, New York City
Cross into Canada and visit Niagara Falls
Travel into Amish Country
Enjoy a city tour of Washington DC, including visits to the White House and Arlington National Cemetery
Explore the birthplace of America, Philadelphia
Call us now on 0330 094 0370

This morning you’ll fly to New York. Lucky you!

Upon arrival, you’ll transfer independently to your hotel where you will meet your Tour Director.

This morning enjoy a city tour of New York which includes some of the most famous sights of Manhattan. Catch a glimpse of the famous skyline as you absorb the bustle and energy of the Big Apple. The rest of today is at leisure. So out and enjoy yourself!

Today, you’ll drive across New York State, through Finger Lakes Country, and towards the Canadian border where you’ll arrive at one of the natural wonders of the world: the breathtaking Niagara Falls.  Indulge in a spot of wine-tasting at Watkins Glen, on the shores of Lake Seneca, named after the Seneca Indian Nation. Spend the evening at the romantic Niagara Falls.

This morning you will have time to explore the captivating Niagara Falls. You could even perhaps take a ride aboard Hornblower Cruises along the base of the falls followed by lunch overlooking the falls (optional)? Or even stroll along Table Rock to view the thundering waters of the Horseshoe Falls? After this fantastic day, you’ll depart Niagara and travel into Pennsylvania Dutch country, also known as Amish Country.

This morning travel through the Appalachian Mountains along the picturesque Susquehanna River, the longest river on the American East Coast.

Visit the historic Gettysburg Civil War National Battleground, site of the largest battle ever fought on American soil, and the place where President Lincoln gave his famous address in 1863.

From here you will journey to the nation's capital, Washington DC.

Today, you’ll enjoy a tour of America’s capital city with such highlights as the Washington Monument, the Lincoln Memorial, the White House and Arlington National Cemetery; the site of the JFK Memorial.

Spend the remainder of the day exploring some of the many museums comprising the Smithsonian Institute or simply stroll the banks of the Potomac River. There’s so much to see and do in this fantastic city.

This morning, we continue our journey to Philadelphia, the birthplace of America and its first capital, where the Declaration of Independence was adopted on July 4, 1776.

Here you will see Independence Hall and the Liberty Bell on a comprehensive city tour.

Today, you’ll make your own way to the airport for your overnight flight to the UK. It’ll probably be raining...a good time to start planning your next holiday then? 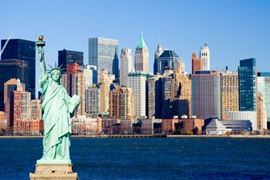 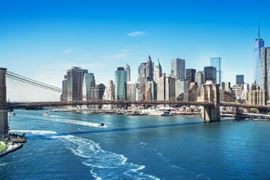 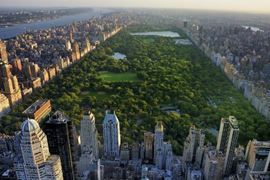 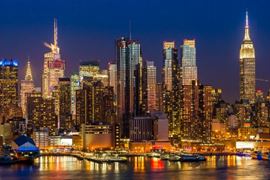 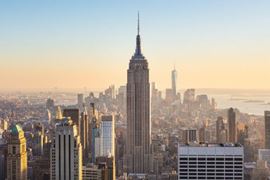 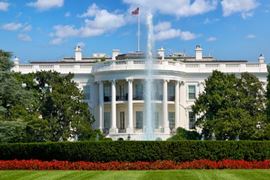 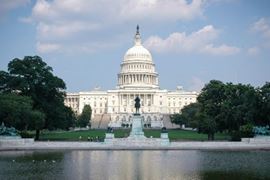 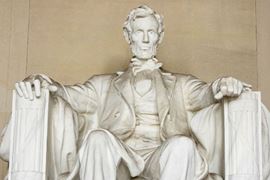 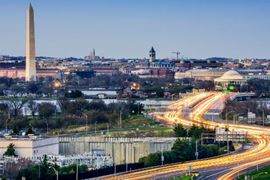 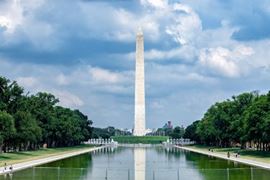 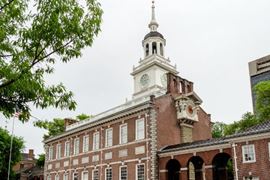 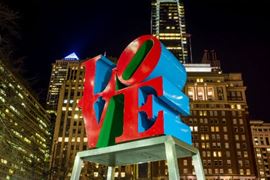 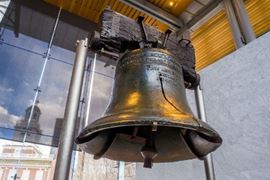 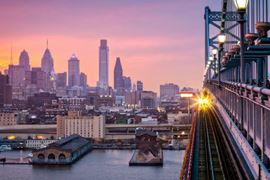 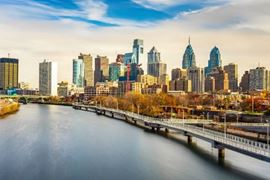 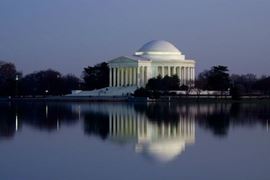 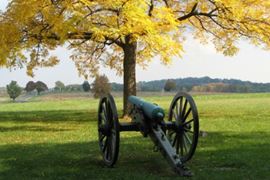