Discover the ancient mysteries of Luxor, Egypt and the River Nile with Barrhead Travel

Generally considered to be the longest river in the world, the River Nile is formed from the confluence of the White Nile and the Blue Nile at Khartoum, and flows north through the vast expanse of the Sahara desert to its mouth in the Mediterranean Sea.

The River Nile plays a historically significant role in many ancient civilisations, and is a fascinating tourist destination for adventurous and inquisitive travellers. Almost all of the cultural treasures and ancient settlements of Egypt can be found along the banks of the Nile, and river cruises offer a relaxing way to discover the many sights and sounds of this mysterious land.

Many Nile cruises will take you on tours of the historic sites of Abu Simbel and Kom Ombo, the Aswan High Dam, the Temple of Karnak and the Valley of the Kings, as well as offering you time to explore the bustling souks and markets of Luxor. Tours to the Egyptian capital of Cairo and the Pyramids of Giza are often also available, as are extended hotel stays in Egypt's beautiful resorts.

Email Me Call Me
TAYLOR MCKENDRICK
Worldwide Cruise & Tailor-Made Specialist
View My Bio
Select from 46 River Cruises Specialists that can help
you plan the perfect trip.
You can reach at
Didn't reach me? Send me a message and I'll call you back 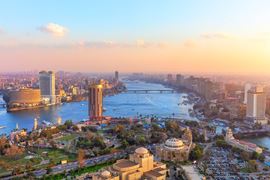 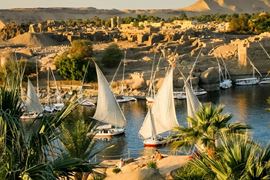 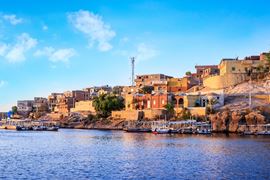 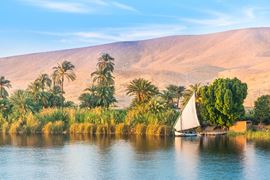